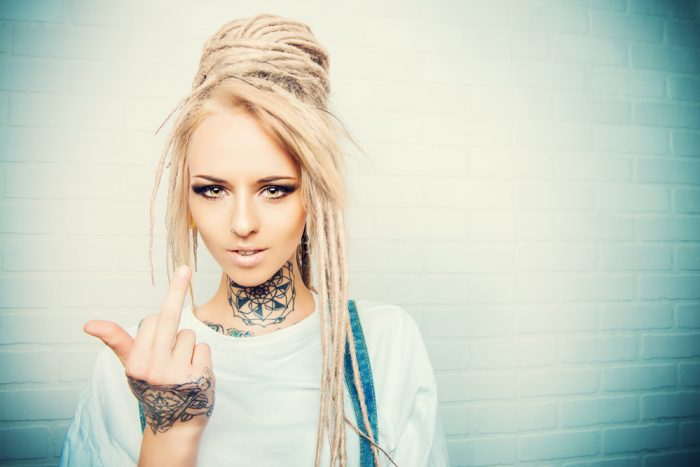 Antiheroines. You might not have heard the term, but, like good art, you know them when you see them.

A few years ago I started interviewing various authors about antiheroines and why they’d been drawn to write them. Now it’s my turn.

Before I get started, I want to clarify what an antiheroine is. During the interviews, it became clear that there was some confusion as to what the term meant. A lot of people see the “anti” in front of hero and immediately assume you’re talking about a villain, but we’re not. An antiheroine is still a hero, just not in the traditional sense. She’ll save the day but she just might bust a few heads, burn down a few houses and get arrested along the way.

Tell us about Hero, what makes her an antiheroine?

Hero is not a nice character, she doesn’t play by the rules and doesn’t take no for an answer. She steals, she lies and if you hurt her, she’ll hurt you back. To top it all off, she’s arrogant, unrepentant and I don’t think I’ve ever heard her say “sorry”.

As bad as all that sounds, that’s just the flip side of what makes Hero a hero. Her determination, not her ability to read minds or face off against the scariest telepaths Jørn has to offer, is Hero’s superpower. That and her self-belief is what allows her to stand up for what she believes in without backing down, no matter the opposition.

What drew you to writing Hero in particular?

I’ve never been interested in “nice” characters, nonetheless making Hero an antiheroine wasn’t a conscious decision. Originally, she was a more traditional heroine, doing what she was told, was nice to everyone and never dreamed of getting revenge. Then, one day, she started saying ‘no’.

Mostly, I wanted to know how the choices she made, the mistakes and people she hurt, would affect her in the long run and what kind of scars they would leave.

What do you think is the value of the antiheroine?

There’s this idea in our culture that girls have to be nice. You see it on TV, in films, in books. In public girls are pretty, they don’t yell, don’t swear, don’t get covered in mud. They don’t wake up on the wrong side of the bed and want to rip people’s arms off like a Wookie on steroids. When they’re not nice, they’re bitches. Back-stabbing, conniving, beauty-queen bitches.

Antiheroines, by their definition, aren’t nice. They give society a one-finger salute and get down in the mud, cursing and swearing, and not apologising for being cranky. They’re us, without the rules society has convinced us we need to play by.

What messages/examples do you think Hero provides readers?

I think Hero shows people that you can still follow your dreams even when everyone around you is telling you they’re impossible. If you want something badly enough, the only person who can stop you from getting it is you. That said, you better be ready to accept the fallout if/when your quest gets out of hand and you tick people off.

The consequences of our actions is one of the things I really wanted to explore with Hero, and I gave her some pretty drastic consequences to deal with. She doesn’t handle them well, but she handles them, and even finds strength in some.

What traits and/or features do you think make an antiheroine great?

I think a great antiheroine needs to be deeply flawed, and at some level she needs to be aware of those flaws. They need to hold her back, to damage her and her relationships and make her life harder.

It’s the struggle that makes any character interesting, and an antiheroine in particular. Whether or not she overcomes them is neither here nor there, she just needs to have them.

An antiheroine should also be a rule-breaker, flouting convention and giving society the finger whenever the mood strikes, making more enemies than friends.

Most importantly, she should play by her own rules.

Who are some of your favourite antiheroines?

Veronica Mars is has to be one of my favourites, along with Elektra (particularly the recent Daredevil TV version), Jessica Jones, Scarlett O’Hara and Dutch from Killjoys. In literature, I’m a fan of Devi (Fortune’s Pawn), Jane Eyre and Elizabeth Bennett (Pride & Prejudice).

All of these women break rules. Some do it with violence, others with wit and a dogged determination not to let other people decide their lives for them.

<< Not a Nice Girl: Alison Ingleby on Anit-heroinesI don’t give a shit: Rebecca Lim on antiheroines >>