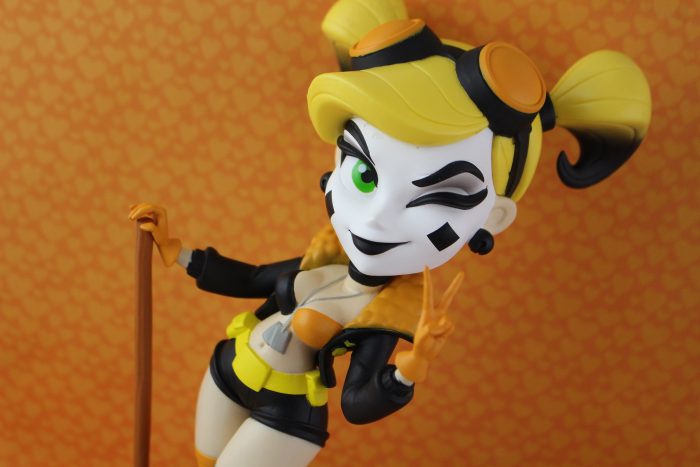 BELINDA: Tell us about Aleesha, what makes her an antiheroine?

ALISON: Aleesha is a survivor. She’s had to fend for herself on the streets since she was six years old in one of the roughest parts of a dystopian city. She’s been abused, learned to fight in order to be able to defend herself and has developed an addiction to the street drug that many Outsiders take to stave off hunger pangs.

She is not a nice person, because nice people don’t survive in this world. Every part of her life leading up to this point has taught her to be selfish, to lie and steal to get what she wants, to manipulate people who are weaker than her. That’s the only way she knows how to survive. Which makes her a deeply flawed character.

But underneath her tough exterior, what she really wants is to love and be loved. She has the heart of a heroine but it’s a rocky road for her to get there.

BELINDA: What drew you to writing Aleesha in particular?

ALISON: Expendables is a dual point-of-view book told from the perspectives of Aleesha (an Outsider) and Trey (an Insider). When I came up with Aleesha’s character, I knew she had to be the opposite of Trey. He is naïve, she’s streetwise, he sees the best in people, she sees the worst.

I also wanted to steer clear of the “chosen one” trope. I wanted Aleesha to be a normal girl whose abilities were restricted to those anyone in her position would be likely to have. She’s not a girl who turns out to be a long-lost princess, blessed with magical abilities or a figurehead who inspires a revolution. She’s just a person who is struggling to better herself while fighting the ghosts of her past, and I think that makes her someone we can all relate to.

I feel that antiheroines can also be very relatable because their character arc often involves them overcoming very real human emotions. Sure, we may all want to be the beautiful, brave princess who fights for her people and wins the heart of her true love. But deep down, we all experience some of the more negative human emotions – envy, greed, fear – and having a heroine who exemplifies some of these characteristic s and struggles with them can be far more relatable and even likeable than a character with the classic hero traits.

BELINDA: What messages/examples do you think Aleesha provides readers?

ALISON: A lot of the series shows her dealing with the consequences of her actions. This is a lesson that hits Aleesha hard in Expendables and in the later books. But despite this, she comes to realise that even if you’ve done bad things, that doesn’t mean you’re a bad person.

Perhaps most of all, I think she shows readers that whatever background you come from, you can become the person you want to be. Even if you fall down a hundred times, you just have to get right back up again. And that sometimes the person you really need to learn to forgive and love is yourself.

ALISON: An antiheroine definitely does not follow the rules (unless it’s in her best interests to!). She does her own thing and fights her own battles. She’s also deeply flawed and it’s the fight to overcome these flaws that’s at the heart of her character journey.

This struggle and the unpredictability of her actions makes an antiheroine a fascinating character to read and to write.

ALISON: There are relatively few antiheroines and even fewer in protagonist roles. I guess too many people like reading about nice girls! One of my favourite antiheroines is Victra, a secondary character in Pierce Brown’s Red Rising series. I also love classical antiheroines such as Jane Eyre and Elizabeth Bennett, and I adore Harley Quinn, the Joker’s girlfriend in Suicide Squad.

When not writing, Alison enjoys reading, drinking tea and spending time outdoors. She lives in Yorkshire, England, but her heart loiters by the sea in north-west Scotland.