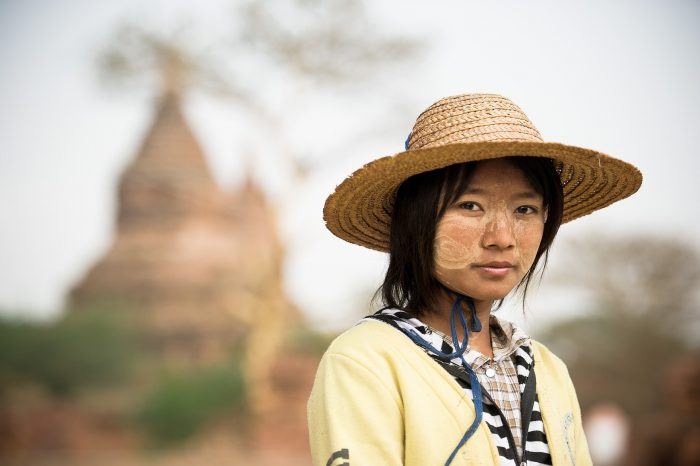 BELINDA: Tell us about living amongst other cultures.

GLENDA: I’m a white Australian, but I married a man from an Islamic culture that is also Asian and matriarchal. (Hey, every woman should marry into a matriarchy, right?) At 25, I went to live in Malaysia. Many years later, when my husband had a UN job in Austria, we lived in Vienna for six years, then Tunisia for two years. When we returned to Malaysia, we relocated to North Borneo for two years, which was a different culture again.

Those first years abroad (pre-internet!!) were the most difficult. I had to learn how to fit in by watching and listening. Fortunately I had some lovely sisters-in-law to help me. I was fascinated, not only by how cultures differ in substantial and obvious ways, but also in tiny things that are easy to overlook. It’s easy enough to see that one must always remove one’s shoes on entering a Malaysian house, but not so obvious to know what is meant if a request you have made is met with a silent smile. (It can be a polite way of saying: ‘No way!’)

Living and working as a local, on a local salary, among people of differing cultures, has been both a challenge — and a remarkable privilege.

GLENDA: If a writer sets their story in our world (whether a past, present or future Earth) then of course they should feature the other ethnicities and cultures of that place and of that time period. Anything else is either unreal, or worse — comes across as arrogantly blind to reality.

The question becomes more tricky if, like me, the author writes in a secondary world, with more than one distinctive culture, none of which are instantly recognisable. I invent cultures that fit in with the history, topography, climate and cultural/political evolution of that world. These imaginary cultures, though, have to be close enough to ones that readers will recognise. If they are too alien, a writer runs the danger of making them either incomprehensible, or simply a place where a reader can feel no empathy for the characters.

I love creating these worlds, and my own understanding of how cultures differ, and how those differences give rise to misunderstandings, helps me to create something that’s unique, interesting and — I hope — thought-provoking with reference to our own world. It’s much easier to develop a critical eye for our own culture’s deficiencies, and easier to wince at our own prejudices, when they don’t appear to be in our backyard!

My fantasy novels can (I hope) be read on two levels: the “rollicking good story” level, and the other level where I might be making a subtle comment about something quite different: misuse of power, or assumed privilege, or climate change, or prejudices of various forms, and so on. The Lascar trilogy is probably the one where I’ve delved most deeply into a clash of cultures. It reflects the 17th century confrontation between cultures of East and West, as well as the discordance between culturally different religions.

Not everyone sees these story elements as anything except background to the plot, and that’s fine. I never want to bludgeon readers with the issues I feel passionate about, but they are there nonetheless.

GLENDA: The first novel I wrote after I went to live in Malaysia was not a fantasy. I was a real-time story about an Australia woman who went on holiday to Malaysia and accidently stumbled across a crime. It was a sort of hair-raising adventure/good chunk-of-romance/first-person-PoV novel. I showed it to my sister-in-law and to my horror, her first remark was, “I didn’t know you thought such-and-such!” She had conflated the main character’s viewpoint with mine. I didn’t want to upset my in-laws… That was the moment I shoved that book up on the top of the wardrobe and decided to write secondary world fantasy! Cowardly? Perhaps!

Writing in or about another culture is a very difficult thing to do. It’s so easy to get something wrong if you don’t have the lived experience. The best advice? Show what you have written to people of that culture (but even that is fraught, as that above incident with my sister-in-law shows!) There are two basic rules: get the cultural mores right, and don’t turn something that has deep meaning to others into something cute and frivolous, even if a character in your book may have that flippant attitude.

This doesn’t mean that a writer should gloss over elements in a culture that do need calling out. Not all culture is good, simply because it is accepted. For example, we shouldn’t turn a blind eye to female genital mutilation, or treating albinos as bad luck/evil, or cat-calling women on a suburban street, or thinking a witchdoctor will cure cancer (and yes, I did personally come across the latter).

BELINDA: How has it influenced your current work-in-progress, The Fugitive Queen?

GLENDA: One of the greatest problems the world is facing now is the displacement of people by war, famine or climate change. In other words: migration and immigration. People are on the move and when they arrive, we have a clash of cultures, rising fear of ‘the other’, and problems of the economic burdens involved. All these things play into the storyline of The Fugitive Queen.

The novel begins in a land where fear of illegal immigrants begins to crack the norms of society, in ways that are disastrous to stability. Instead of trying to deal with the causes, those who rule try to shore up the walls… But that’s just the background, not the story.

The story is in fact about a queen running for her life, and about those who try to help her being forced to flee themselves. There are vicious flying monsters to be fought, difficult decisions to be made, a misunderstood magic that has strange consequences, a young woman with a quarterstaff and a young thief heading for execution… After all, this is a fantasy novel and the story reigns, not the issues —even though I always hope that along the way I’ve written something provocative!

For historical cultures with a very light dusting of fantasy, you can’t go wrong with Guy Gavriel Kay: e.g. The Lions of Al-Rassan (medieval Spain) and The Sarantine Mosaic (Byzantium)

Born into an Australian farming family, Glenda Larke married a Malaysian scientist while at university, and ended up teaching English in four different countries as she followed him around the world. Her hobby of birdwatching later became a career in the conservation of tropical rainforest avifauna. Along the way she published thirteen fantasy novels, and has won all the major Australian fantasy book awards. Both careers have overlapped and so she has been known to do copy edits for her publishers in some very odd places… She is now living near the ocean in Western Australia.

You can find out more about Glenda and her books on her website, and connect with her on her blog.

Featured image by Qamera from Pixabay