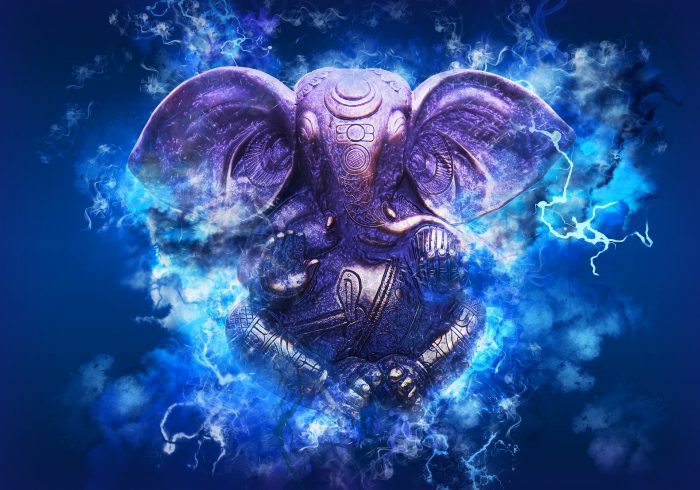 Shiulie Ghosh is a TV journalist, chicken curry devotee and author of the Daughter of Kali series, about an Anglo-Indian teen, Hindu mythology and butt-kicking awesomeness. (Psst. These are so on my to-read list!)

BELINDA: Tell us about Daughter of Kali: Awakening

At its heart, the story is about a mixed-race kid at odds with her mother and trying to fit in – with demons, magic, and a whole lot of slaying thrown in for good measure!

Daughter of Kali is a YA urban fantasy series inspired by Hindu mythology. The main character, Kaz, is an Anglo-Indian teenager living in suburban England with a chip on her shoulder. She really doesn’t like being different from the rest of the crowd, but she is – partly because of her skin colour, partly because she keeps seeing things that shouldn’t be there. Kaz thinks her Indian mother is boringly obsessed with hanging on to her foreign background, but eventually discovers she’s part of a legacy of demon-slaying Warriors. Kaz is dragged into this supernatural world of good versus evil, where the Hindu goddess Kali seems to have big plans for her – possibly involving the end of the world. It’s an adventure story with strong women, diverse characters and lots of butt-kicking!

BELINDA: What inspired you about Hindu mythology?

It’s very much part of my background – my dad is a Bengali Indian who came to the UK back in the sixties, and met my mum, a Christian Methodist. He’s a doctor, she’s a nurse… it was love at first sight. Mixed marriages were uncommon back then, and my parents’ relationship was even more unusual because my mother agreed to live in India shortly after I was born. I spent the first few years of my life in West Bengal, where I became addicted to comic books featuring the Hindu gods. I loved them – I devoured them voraciously! Luckily there are many gods and goddesses in India so I never ran out. One of my favourites was Kali, the Goddess of Time and Creation, Death and Destruction. She’s really interesting to me because she is seen as a warrior and fighter, but also as a nurturer and mother figure. She fulfils so many roles!

BELINDA: Do you think it’s important for sci-fi and fantasy to feature other cultures?

Yes, absolutely. There shouldn’t even be a question about it. Inclusivity and diversity are crucial, because audiences and readers come from all walks of life. It’s about engendering a feeling of belonging. When I was growing up in the seventies and eighties (yes, I’m that old) all the main characters in the comics and TV programs I loved were white – from Buck Rogers to Buffy to the Bionic Woman. There were very few black and Asian heroes. And of course that perpetuated the message that white mainstream culture was the only one worth portraying.

I myself am Anglo-Indian, and I never saw myself reflected in these amazing characters. When all the other girls were playing ‘Charlie’s Angels’, I was often cast as the baddie because brown girls couldn’t be detectives. The pendulum is now swinging firmly the other way, thank goodness. There are so many diverse characters in fantasy and sci-fi fiction. And including different cultures doesn’t have to be rammed down your throat. Joss Whedon’s ‘Firefly’ casually included Chinese as a major influence in his futuristic world, but it wasn’t a big deal. It was just there, as a background detail. It’s little things like that which add richness and diversity to fiction.

BELINDA: What are some things authors need to be aware of when writing other cultures?

Authors can run into trouble when they write about cultures they don’t explicitly belong to. It’s a double-edged sword – we need more portrayal of different backgrounds and experiences, but some readers find it upsetting if the author is perceived to lack first-hand knowledge. Cultural appropriation is a hot topic right now. Should authors be barred from writing about genders, sexual orientation, ethnicity etc which are different to their own? Personally, I think putting up boundaries like that stifles creativity. Authors should be free to explore new territory. But it’s a personal choice, and nobody wants to cause offence. My books feature India and mixed-race kids struggling to find their place because I happen to be familiar with those topics. But I don’t think there should be hard and fast rules. The crucial things, I think, are sensitivity and avoiding stereotypes.

All of them! All the time! We should be at the point where every top ten bestseller list and every new sci fi series features a complete raft of diverse characters where no-one is ever the ‘token .….’ (fill in the blank).

Right now I’m reading City of Brass by S.A. Chakraborty. It’s a beautiful mix of wonder, magic, and carpet-flying adventure. The author has created an impressive fantasy world using Islamic imagery and Middle East culture. I haven’t come across many books using Arabic influences – I think the last one I read was One Thousand And One Nights!

Shiulie Ghosh is an award-winning TV journalist. She was born in the UK to a Bengali father and English mother, who moved the family to India for several years when she was a toddler – thus instilling in her a life-long love of chicken curry. Over the past twenty years she’s worked for some of the biggest names in the news business including the BBC, ITN and Al Jazeera. She lived in the Middle East for nearly ten years, before returning to the cooler climes of south-east England. In 2015 she helped launch another international news channel, TRT World. Secretly, she’d rather be writing fiction.

The Daughter of Kali series is available on Amazon.