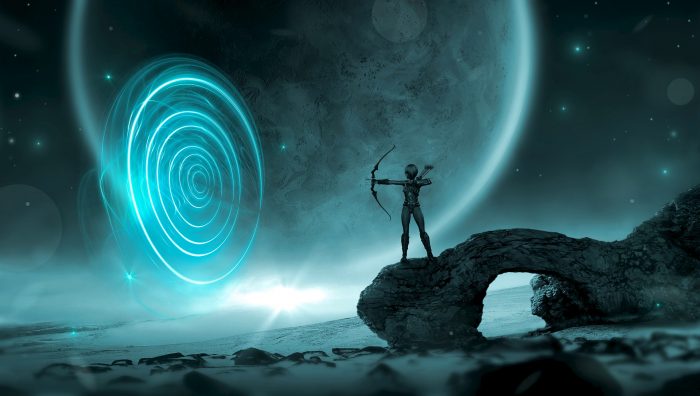 BELINDA: Tell us about the science in the Dreamer Trilogy, Secrets of Aurora, and Skywatchers.

LJ: In the Dreamer Trilogy everyone has a microchip implanted in their wrists which holds their personal and banking information. When it’s partnered with a Wristcuff (Device worn around the implant area) the wearer is promised pleasant dreams, better health etc. I was both scared and intrigued by the idea of microchips beginning to be implanted in people’s hands and wrists and it became the basis for the technology in this series.

In Secrets of Aurora, the world has been wiped out by natural disasters and the only living humans survived by living on cities that float above Australia.

I took a different approach with Skywatchers and it focuses on aliens invading earth. The only problem is they aren’t little green men, they look exactly like us.

LJ: I watch a lot of documentaries so that’s when I discovered microchip implants and what they could do, but when it came to the floating cities I did a lot of research to see if it was even possible for a massive structure to hover above the earth. Obviously it’s not something that’s been done before, but I did find designs and suggestions on various websites detailing how it might be possible with the use of powerful magnets. That’s the path I went down for the floating cities. For Skywatchers, my idea came from a number of ‘whistle blower’ documentaries about pilots, and people in the military etc, coming forward to talk about their experiences with UFO’s and aliens.

LJ: Not at all. I’m far from a rocket scientist, but I find it all very interesting and intriguing and love learning new things.

LJ: I think because of franchises like Star Wars and Star Trek people who aren’t into Sci-fi assume all sci-fi involves space travel and aliens which simply isn’t true. Science fiction encompasses any story about science and technology advances that could be possible in the future.

LJ: When you’ve come up with something scientific it’s easy to get lost in the workings of it. I could’ve written a whole book on how the floating cities in Secrets of Aurora work, and how the people survive on them, but you really need to decide what’s important for you to know as the author but not necessarily for the reader to enjoy your story. It can be easy to get bogged down in the details and as much as we are excited about what we’ve created, if it takes away from the story it will turn readers away.

LJ: I’ve tried to pick a couple of my favourite series readers would’ve probably heard of but didn’t realise they were science fiction. The Wool Trilogy by Hugh Howey, The Hunger Games by Suzanne Collins, and Divergent by Veronica Roth.

L J Higgins writes fiction with an intriguing twist. Stories that make you question the world around you and make you think ‘what if?’

Hailing from Queensland, Australia, she lives with her husband, son and daughter, two dogs, and a noisy cockatiel. They all keep her on her toes, but she wouldn’t have it any other way.

Always intrigued by what the future might hold, the advances in technology, conspiracies, and what they might mean for the human race, L J enjoys creating stories that explore these ideas. She creates believable futures, throws in characters you can relate to, and weaves them into fast paced stories you can’t put down.

<< Science Beyond Their World: Toasha Jirodano on the Science in Sci-Fi