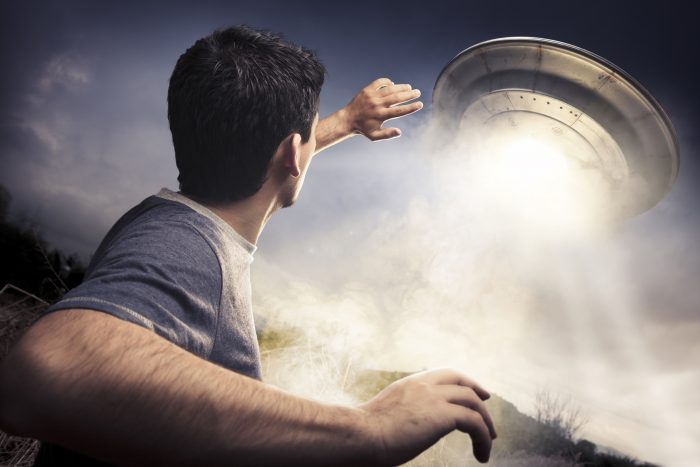 Russell Nohelty’s Invasion is a sci-fi coming-of-age story about a boy (Johny) meeting a girl (Debra) in the midst of an alien invasion. And the kicker? Debra’s not human.

BELINDA: Tell us about Debra.

RUSSELL: Debra is an alien that has spent her entire life on Earth. Her parents came to Earth to start a new life when she was young. Originally, they were going to leave and continue their explorations across the universe, but life happened, and they ended up settling in Michigan.

Because she’s an alien living in a human world, Debra has always been an outsider in the world. It is illegal to reveal that you are an alien to any human, which means that Debra has spent her whole life in fear. Half the people she knows are aliens who are generally indifferent or downright resentful of humanity, and the other half are humans, blissfully ignorant that aliens exist.

Unsurprisingly, Debra has never fit in anywhere. Because she grew up on Earth, she has a deep empathy and love for humans, but she is not one of them, and fears growing close to any and risk revealing her alien heritage.

So, when she journeys to Vegas with her family and falls in love with Joshy in my book Invasion, it’s quite out of character for her. Of course, within days of them meeting her worst fears are realized when he finds out she’s an alien.

RUSSELL: I’ve honestly never thought about this question. The story called for an alien and a human to fall in love, and then the world to end due to an alien invasion, so that’s what I wrote. I don’t do contemporary fiction, so there are always non-human characters littered through all my stories.

RUSSELL: The best non-human characters are commentaries on humanity. Read books for entertainment and to expand their consciousness. Non-human characters allow me to incept ideas into people’s minds without hitting them over the head or being too on the nose about it. So, whenever I write a non-human character, they are always a commentary on some part of humanity that I want the reader to think about deeply.

Debra is an alien, but she is also a first-generation immigrant, the first of her family to live and grow up in a new place. Because of that, she has very different values than her parents, and that causes a lot of tension in the story.

Additionally, Debra and Joshy have very different ideas about love. Debra has a lot to lose by loving Joshy. Her family and her life are just two of them. Joshy on the other hand, has nothing to lose by loving Debra, and everything to gain.

Both of those different pieces cause conflict between the two and drive the story forward. The more innate conflict you can create within the confines of your story before you even start writing, the more depth your story will have and the easier it will be to create a rich world for the reader to explore.

Writers often forget that everybody, and I mean everybody, has a rich inner life with goals dreams and desires, and even the smallest character needs to feel like they exist outside the confined of the story. However, a reader will often overlook a small character that is one dimensional, but when you create a main character that is wooden and hollow, that is a cardinal sin of writing.

RUSSELL: The Tralfamadorians in Kurt Vonnegut’s work. The Yith in Lovecraft’s work. I like Doctor Who, and Q, and Invader Zim. I’m a fantasy guy, too, so I’m also partial to just about any demon, mythological creature, or god.

Russell Nohelty is a USA Today bestselling author, publisher, and speaker. He runs Wannabe Press (www.wannabepress.com), a small press that publishes weird books for weird people. Russell is the author of Gumshoes: The Case of Madison’s Father and My Father Didn’t Kill Himself, along with the creator of the Ichabod Jones: Monster Hunter, Gherkin Boy, Pixie Dust, and Katrina Hates the Dead graphic novels. He also edited the Monsters and Other Scary Shit and Cthulhu is Hard to Spell anthologies, which both raised over $25,000 on Kickstarter. To date, Russell Nohelty has raised over $100,000 on Kickstarter across eight projects.