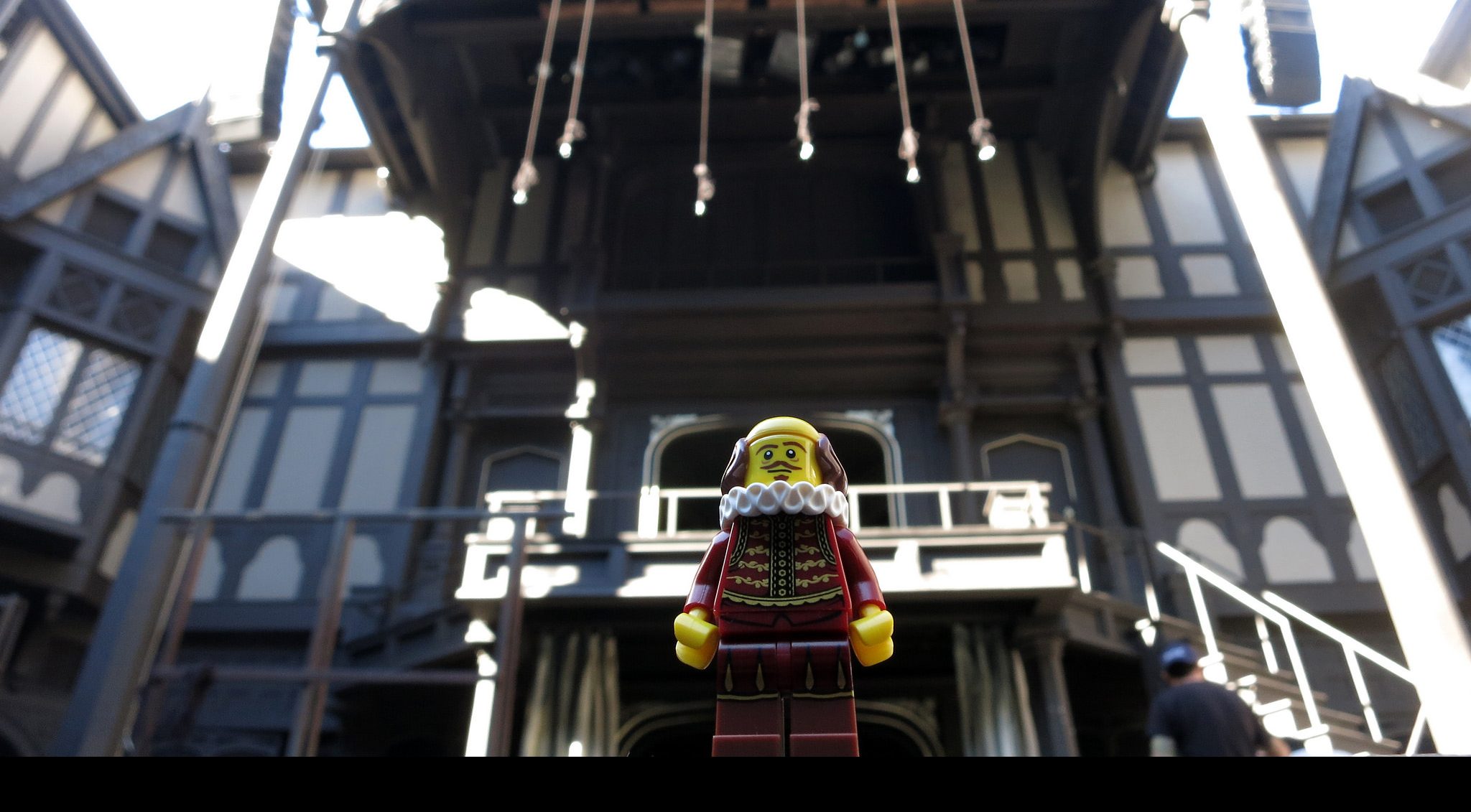 Diana Pinguicha is a woman of many talents not least of which include designing games and writing books.

BELINDA: Tell us about your book. What’s it about and what kind of audience would it appeal to?

DIANA: The Fantasy novel I currently have on submission is called A Trace of Madness (I call it ATOM, for short). It’s about a mind witch (essentially someone who manipulates minds) who’s sent to a neighboring country to plant the seeds for an invasion. There’s lots of magic, an insane girl, and bad decisions—it’d appeal to YA fantasy readers, as well as older ones, since it has crossover potential.

BELINDA: What inspired the world behind your story?

DIANA: Normally, when I read books based on European cultures, it’d always be more French/English/Hungary, and so on and so forth. I never found many books whose culture had been inspired by Portugal, so I used my own roots to shape the world in ATOM. It’s actually funny, because I have my main character doing things like eating tomato jam, and a lot of people asked me if it was a real thing—it is, and it’s delicious.

BELINDA: You’re a game designer, has that influenced the way you’ve built your world?

DIANA: Definitely. Before I started designing games, the worldbuilding would be pretty much as I went. There would be a lot of conflicts, and fixing them took a lot of time. However, as soon as I started my Master’s (which was heavily based on game design and programming), I realized it’d be much simpler to create an entire world first. So now I start with the world, the culture, the belief, and then, after I’ve shaped all I need to, I start on the story.

BELINDA: How does designing a game differ from writing a book?

DIANA: A lot. You have to consider a different array of things when you’re designing (and writing!) a game that you don’t in a book. For instance, you need to accommodate a player’s choices, and write outcomes for every different one—visual novels, for instance, do this, and it’s like having five different books that share the same beginning but different endings. It’s almost like the “Choose Your Own Adventure” books, but trickier, because you also need to consider interaction, interface, and so on.

Another aspect is the way you present your story to the player. In books, people are expecting to read a lot, but if you do that in a game, well… One of the biggest complaints I had for Sightless (a novel which I made a game prototype for) was that it had too much text. Since the game was more of a visual novel-meets-puzzle, it didn’t bother me much, but it’s something I need to be careful with on my job: you need to know how to balance information and gameplay, otherwise your players will get bored and give up. Similarly, one of my favorite games ever, Planescape: Torment, suffered from the same criticism: too much text, which possibly led to low sales when it was first released (but it was such a great game it’s found a lot of love after).

Bottom line is, when you write a book, you control everything the reader will see and know through your characters. In a game, the player can do what they please, and you need to find ways to support such freedom. You also have to be more careful in balancing play time with story exposition in a game, whereas in a book, there’s more leniency because, well… readers like to read. Gamers? Many do, but not the majority.

BELINDA: Do you have a particular worldbuilding process you follow?

DIANA: I always pick a culture I want to base myself on, then build from there. For instance, since I picked Portugal for ATOM, a lot of things are very Portuguese. Everyone loves to eat, and eat well, and they kiss each other on the cheek as a greeting (I do this on instinct and people think it’s weird, but it’s not! It’s just how I was raised, I promise!) Houses are big and mostly in white stone to prevent the flood of miserable heat, and a lot of people are loud—which, if you’ve met me, you know it’s mostly true.

I pick a climate (in this case, I chose to stay true and have it be hellish hot from March to November), then move onto politics—is it a Democracy? A Kingdom? An Empire? Once that’s picked, I pick the rest of the social structure (if it’s a caste system, a merit system, etc), then religion and beliefs, and so on.

I then draw a map, see what other countries I need, and do the same for them. If there are different races at play, I start working on them, their customs, what sets them apart, etc. Once the world is set, I start writing!

BELINDA: What are the things that other authors do, or have done, that really tick you off in regards to worldbuilding?

DIANA: When people do all these different alien races and they’re somehow all humanoids. Also, when there’s absolutely no fleshing out of a culture, and your character just lives in this flat world with no personality whatsoever.

BELINDA: What are some of your favourite examples of great worldbuilding?

DIANA: Brandon Sanderson’s Mistborn series is a work of pure genius. Even if his prose isn’t your style, his worldbuilding and magic system is phenomenal, and I recommend it to everyone. Tolkien, obviously, and JK Rowling. Juliet Marillier is bright example of taking something that exists, and building up on it to perfection—all her books feel real, like those legends could’ve really happened. Kate Elliot has terrific worlds through and through in all her different series, and all of them feel alive, and real. Last but not least, Susan Dennard, who not only has amazing advice on her blog, did an amazing job with bringing her Witchlands to life.

BELINDA: Do you have any worldbuilding tips?

DIANA: Do it at the very beginning, and don’t hack it together as you do. Research the cultures you’re inspired by so you know almost all there is to know about them, from who rules the land to where do women keep her monthly supplies for when the red sea strikes! And, for your own sanity, keep it all in the same folder and put it on Dropbox, because Jesus saves, but we need to back up! 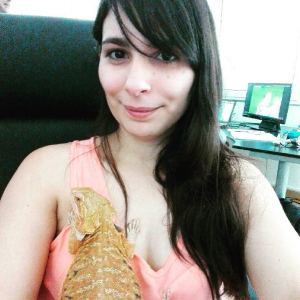 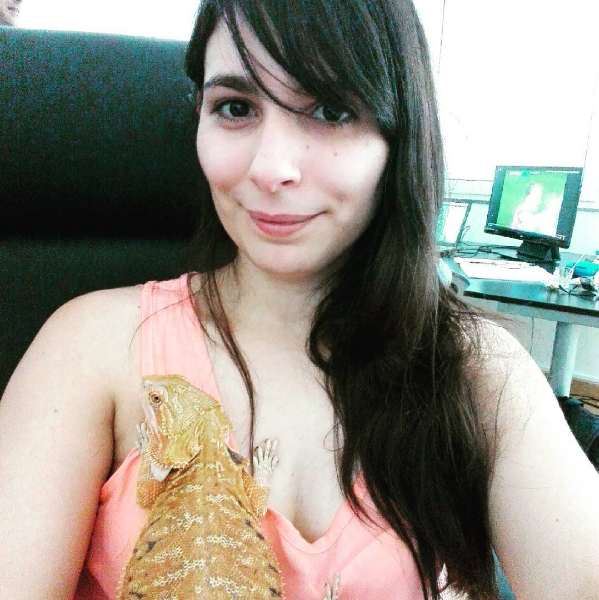 A Computer Engineering graduate, Diana is a game designer for serious games, an illustrator, and a Fantasy writer. Born and bred in Portugal, she lives in Lisbon, where she tries not to melt under the sun. Keeping her company are her two cats, Sushi and Jubas, and the bearded dragon Norbert. Together with three colleagues, she made a small game out of one of her novels, and it was the runner up for 2014 SINFO’s Innovation Awards.

<< On starcats, worldbuilding and cinematic storytellingStrange and peculiar things: An interview with Amie Irene Winters >>