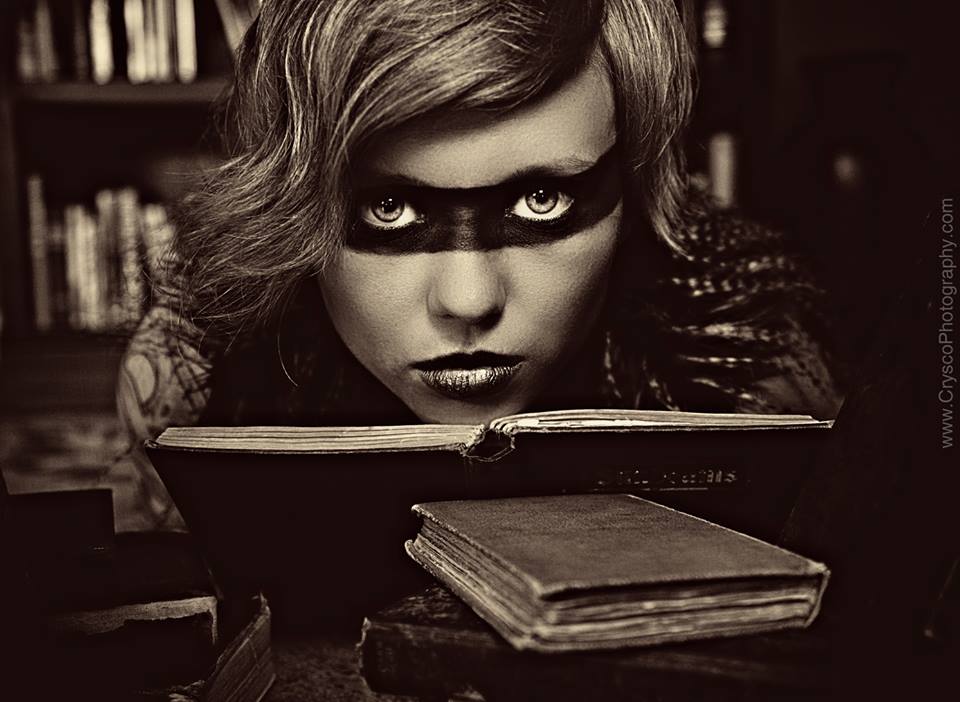 Bokerah Brumley is the author of the upcoming novella Feather, an urban fantasy about a vampire named Jane, the assassin out to kill her and the hotel she drags him to.

BELINDA: Tell us about Jane and what makes her an antiheroine.

BOKERAH: Jane Jones hides in average. She isn’t tall, she isn’t thin, and she isn’t drop-dead gorgeous. She wears baggy jeans, t-shirts, and has had the same pair of prescription glasses since the fifties. The only time she struts her tail feathers is when she’s hunting in Central Park. For her, the constant chaos of the mortal world is an annoyance, an interference in her nightly buffet. Jane’s caustic and blunt. She’s more than happy staying that way. After all, she’d earned it. The sweet has been burned out of her by the harsh realities of surviving. For hundreds of years, the universe has spun a vindictive web around her. She doesn’t love, she chooses not to have sex, and she doesn’t save anyone’s skin but her own. That is, until her assassin comes along and forces her to risk everything to save herself. It’s not her fault that means saving New York, too.

BELINDA: What drew you to writing Jane in particular?

BOKERAH: I love that she isn’t striving to be “the good guy.” All the other characters I’ve written… They all want to get involved, make a difference, change the world for the better. Jane doesn’t. Initially, Jane is worried about her. She’s worried about surviving. It opens up more emotionally charged situations that are fun to write.

BELINDA: That’s exactly why I love writing antiheroines as well 🙂

What do you think is the value of the antiheroine for readers and in a broader social context?

BOKERAH: It is always a benefit to try walking in another’s shoes. Reading is a way to do that.

As media consumers, we all love heroes. We imagine the awesomeness of being the hero, of overcoming insurmountable odds, but we’re all a little afraid that maybe we’re a little more like the antiheroines. I don’t think I would ever make a good heroine. I like to think I could be one, if it came down to it, but, as an average-Jane, maybe I’m not heroine material.  Maybe that’s more our shared universal truth. We don’t have the benefit of attacking aliens or demi-gods or resurrected WW2 enemies to throw who we are or what we value into the harsh light of a real time, do or die decision. But we’ll never know unless we study both sides of the equation – try on both sets of shoes for a little while.

BELINDA: What traits and/or features do you think make for a great antiheroine and how do you think they can be done badly?

BOKERAH: Like any good writing, you have to know the character inside and out. Sometimes, it takes a while to figure out the character’s motivations and reasoning behind their choices.

Why would a character choose to steal the gold-plate mirror compact? Just to steal? Maybe an adrenaline rush? Maybe she acts out because of the abusive husband at home? These all have a different effect on the point-of-view experience for the reader.

At the beginning of her story-arc, the abused woman wouldn’t necessarily find fulfillment in bedding random fellows. Not yet, but maybe later as a statement about her road to recovery. Randomly assigning “bad” character traits – like smoking, binge drinking, self-focused behavior, lack of empathy, sticky fingers – all of these things can be done poorly. But, as an extension of the anti-heroine, the reader will empathize with the internal struggle if the reasons (like survivor guilt or co-dependency or mental issues) make sense. Even more than that, many of us can personally identify with these struggles.

The negative character traits have to make sense for the character. Also, behaviors generally assumed “negative” aren’t always. Sometimes, those behaviors are just different from standard issue society. I think knowing the difference between these (different and negative) is also important for writing a good anti-heroine. For instance, I want a hot rod for my 45th birthday. I have a few years to get there, but I’m looking forward to raising a few eyebrows when I cruise in my own muscle car. I know some that will consider this is a negative behavior when I consider it just different (sort of like the multi-colored hair).

My favourite antiheroines? Off the top of my head, I love Lisbeth Salander (The Girl with the Dragon Tattoo), Beatrix Kiddo (Kill Bill), Scarlett O’Hara (Gone with the Wind), Black Widow, and Catwoman. It’s easier to come up with antiheroes, though, and I think my list is twice as long (John Constantine, Captain Jack Sparrow, Rooster Cogburn, Robert Downey Jr. as Sherlock Holmes and Ironman, to name only a few). But then that’s the thing, isn’t it? It’s high time we had twice as many awesome antiheroines to cheer on. 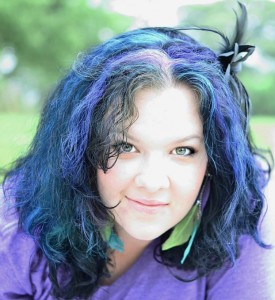 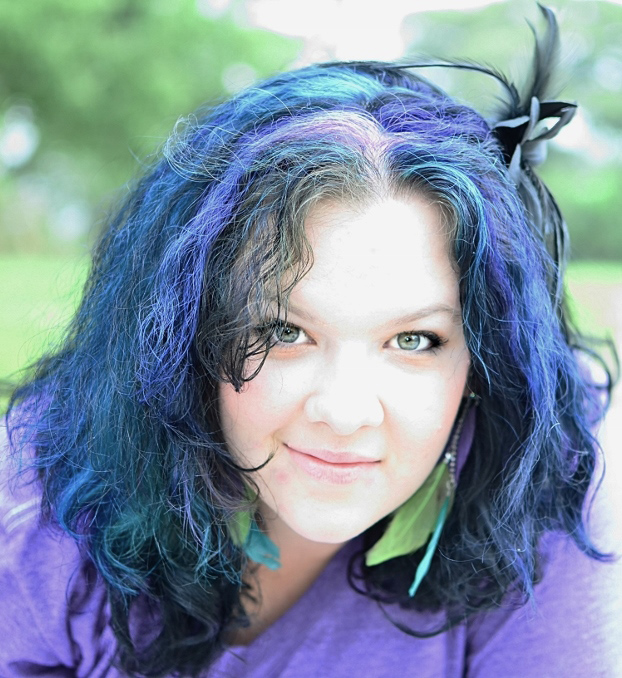 Bokerah Brumley is an award-winning writer from Cisco, Texas. As the blue-haired Publicity Officer for the Cisco Writers Club, she’s addicted to Twitter pitch contests, writing contests, and social media, in general. She has too much planned for this year, but is doing it anyway. She lives with five home-educated children, three dogs, two cats, and one husband (peacocks coming soon). Connect with her brand of crazy at Bokerah.com.

Bokerah’s debut novel, Feather, part of the multi-author series Hotel Paranormal is due for release this November 16.