Another book to add to my exploding book pile! At this rate, I’m never going to get any writing done. I think I need a TARDIS, anyone got one spare?

Renna sat at the small round table in her room, reading through the data Dallas had sent to her tablet. She took another sip of scorching coffee and held the liquid in her mouth for a fraction of a second—until her tongue started to burn—before swallowing. Sometime in the past few days, she’d started doing stuff like that, letting herself experience feelings she’d normally ignore. Like each time might be her last.

She shoved the coffee cup away, brown liquid sloshing onto the table.

But the haunting possibility was always there in the background. She might not make it through this. She’d thought that plenty of times before, when a job had gone tits up or she’d found herself faced with an angry merc, but she’d never really believed it.

Seeing that strange metallic reflection in her eyes had changed everything.

Even if she did find a way to stop the implant from completely taking over her body, it would still change everything. She’d be different in some very fundamental ways. How the hell did you deal with something like that?
Renna buried her head in her hands, rubbing her temples. She’d dealt with becoming a different person before. When she’d left the Izan tenements, she’d created a new persona, changed herself to survive. She could do it again.

But first she had to save Dr. Samil, and sitting here feeling sorry for herself wasn’t going to help. She straightened her shoulders. So. First order of business: rescue Dr. Samil and her team. Second: destroy Pallas. Third: find Finn and live happily ever after. 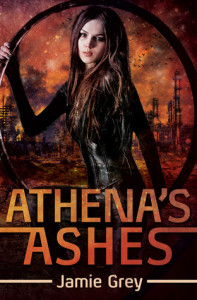 It’s Renna’s biggest job yet – convincing MYTH leadership that she’s put away her lock picks and is ready to save the galaxy, despite the dangerous implant in her brain. But with the Athena on the run, she’s working solo and facing her most ruthless enemy, the traitor Pallas, who’ll go to any lengths to destroy the MYTH organization. Including framing Renna for a devastating assault on MYTH HQ that leaves their defenses crippled and hundreds dead.

Now that MYTH believes she’s a dangerous double-agent, Renna escapes their firing squad before they put more holes in her than a pair of fishnet stockings. But the ticking time-bomb in her head is the one thing Pallas needs to complete his master plan and he’s not about to let her get away. Even worse, he’s discovered the only thing that will bring Renna to her knees – threatening Captain Nick Finn.

Out of time and options, Renna’s got one shot to take down the traitor before he annihilates everything she loves, even though winning this battle may cost her everything.

Find Athena’s Ashes on Goodreads or buy it on Amazon. 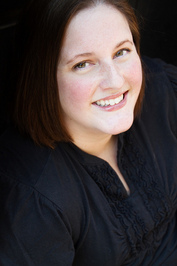 Jamie Grey spent most of her childhood writing stories about princesses who saved the day and pretending to be a daring explorer. It wasn’t until much later that she realized she should combine the two. Now, as a tech-obsessed gamer geek, her novels mix amazing scientific developments, future worlds, and the remarkable characters that live in them.

Jamie lives in Michigan with her boyfriend and their pets, who luckily tolerate her overspending on tea, books, and video games. You can learn more about her at www.jamiegreybooks.com, or follow her on twitter via @jamie_grey.

The giveaway is open internationally and ends September 9, 2014.