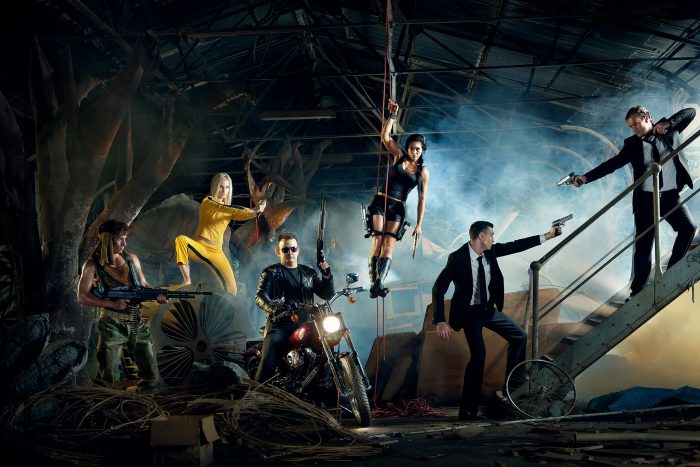 BELINDA: Tell us about Flow.

CLARE: Flow centres around Quin, a sixteen-year-old girl who lives in The Beck, a walled-in community constantly threatened by floodwaters. Regular appraisals are a way of life, but when the shocking results of their most recent tests are revealed, Quin realises her world is about to change. One of her best friends, Harper, is assigned to Clearance, a mysterious place from which no one ever returns. Quin herself is wrenched from Agric, where she has lived and worked for years, and thrust into the unfamiliar Patrol Sector.

As Quin struggles to adjust to her new surroundings and finds herself missing her friend, she starts to question the society she thought she knew. Determined to find Harper, she enlists the help of the mysterious Cam, a Patrol Sector trainer who seems willing to break the rules and definitely knows more than he’s saying. But when she discovers the horrifying truth about The Beck society, it might just destroy her.

Flow is just the beginning of the adventure. The rest of the series follows Quin and her friends as they struggle to free themselves from the iron grip of the corrupt Beck leadership. Previous readers have compared The Flow Series to The Hunger Games, Divergent and The Handmaid’s Tale in style.

BELINDA: What were some of the challenges of writing Flow?

CLARE: Plotting it. As in, I didn’t! I wrote Flow without any kind of plan or formula, which was pretty exciting. It just wrote itself, the characters acting exactly the way they wanted to, as my fingers tapped away at the keyboard. That was fine, until I came to write subsequent books in the series and found that I had backed myself into several corners which were pretty tricky to get out of. The world of The Beck was fairly well mapped out, but there were certain ideas I wrote about in Flow which I later regretted and wished I could go back and change.

One example was the technology in the community I created, which was pretty basic in the first book, with very limited resources. In the second book, however, I had a big ‘escape’ scene. This complicated matters no end when I later wanted my characters to return to The Beck, and had to justify where all the seemingly unlimited fuel for their boats might be coming from. In a similar way, the series builds to a large battle in book four, and I had issues with the concept of where my rebel forces got the large quantities of bullets (which they needed to fight in the battle) from.

Suffice to say, when I begin my next series, I’m going to create an overview of the entire story arc, and then outline each separate book, so that I don’t have as many headaches when I’m getting towards the end of the series!

BELINDA: Where you surprised by your readers’ reactions to the amount of action vs romance?

CLARE: Honestly, yes I was. I’ve always enjoyed a love story, but also like there to be some thrilling action in a book as well. So while there is some romance in The Flow Series, it is definitely not the main focus, and does come from an interesting, action-filled place.

In terms of readers, I’ve had varied and extreme reactions which go both ways. Some have adored the romance element, claiming Cam is their latest ‘book boyfriend’. I’ve even had good-natured complaints that there isn’t ‘enough’ of him in some books. And then there are the reviewers who wrote that they loved the book ‘apart from the romance’. Clearly, my stories don’t appeal to those readers who like straight sci-fi without the added love interest!

I guess you can’t please everyone. I’m beginning to learn how important it is to know your audience well, and make sure that your books include the elements they like to read. (And perhaps also try to ensure that your stories don’t end up in the hands of the readers who are fans of a different genre!) I’ll definitely continue to write action-filled novels with a hint of romance though, because I know there’s an audience out there for them, and because I adore writing them as much as I love to read them.

BELINDA: Do you think there is such a thing as the perfect blend of romance and action?

CLARE: I think it depends on the preferences of the individual reader. I know what level of romance there is in my favourite books, but everyone is different. There are certainly books which have achieved this for me. As I said, I like romance, but I prefer a book which has a compelling, action-packed storyline which that also contains some kind of love interest. I like it when the romance is there, but the action keeps getting in the way. That way you keep turning the pages until you get to the end, where (hopefully) the couple-in-question get together, but I also like the agony of them having to get over a ton of obstacles in order to reach their ‘happy-but-possibly-bittersweet’ ending.

This is my first series and, as I mentioned, I’m just starting to figure out my audience. There are definitely some people who would not find Flow to be their (to use a British phrase) ‘cup of tea’. People who enjoy a straight-up romance might be frustrated, as there isn’t enough of a focus on it. Similarly, readers who like a straight action with no romance probably wouldn’t find it suited them. But I know there are many others who, like me, love a combination of both.

I suppose I’ll have to keep experimenting with plotlines that prevent the couple from reaching their happy ending, whilst giving them enough scenes together to keep my romance-fans happy. I’ll certainly enjoy the challenge!

BELINDA: What are some of the key things to remember when combining the two genres?

CLARE: I think you have to ensure you have a good balance of both. Make certain that the romance doesn’t get in the way of the action, but that there are enough moments of romance to satisfy those readers who want it. When the two elements are linked, for example when the romance is brought about by the protagonists being thrown together in dangerous circumstances, all the better!

As I began to write my own story, I wanted to guarantee that the two genres meshed together well. My protagonists, Quin and Cam, meet in a pretty risky situation: she is somewhere she shouldn’t be and he is a guard who should arrest her for being there. When he chooses not to, a tentative trust develops between them. Because of the harsh society they live in, their relationship is always going to be difficult, and I think this element of danger makes their relationship even more exciting.

BELINDA: What are some of your favourite action-romance books?

CLARE: It will be no surprise that a lot of my favourite action-romances are dystopian! Both The Hunger Games and Divergent have a great mixture of thrilling action and exciting romance. Whether you’re Team Gale or Team Peeta, Suzanne Collins’ love triangle keeps readers guessing throughout the series. The relationships the two boys offer Katniss are very different, and up until the closing scenes of Mockingjay we’re still not sure which one she will choose. And no one can deny that the relationship between Tris and Four in Divergent is exhilarating (especially in the beginning) because it has that ‘enemies-to-friends’ vibe. He’s her trainer and seems to dislike her intensely, but their growing attraction for one another (with a few exciting ‘rescue’ moments thrown in for good measure) makes for a totally compelling storyline.

On the other hand, I also love a good thriller, and there are several which I find to be action-packed yet include a captivating romance element. One good example of this is the slow-burn development of the attraction between Special Agent Will Trent and coroner Sara Linton in the Karin Slaughter series, which centres around the criminal activities investigated by the Georgia Bureau of Investigation. Another favourite of mine is Robert Galbraith’s Cormoran Strike series, where the relationship between flawed private detective Strike and his assistant Robin (who began the series with a boyfriend and almost married him in book four, despite a growing attraction to her boss which neither of them have yet acted on) is so compelling. For me, these embody the perfect blend of action and romance which I hope to convey in my own stories.

Clare Littlemore is a young adult dystopian and sci-fi author who thrives on fictionally destroying the world with a cup of tea by her side. She lives in the North West of England with her husband and two children. Clare is an avid reader as well as a writer, and loves nothing better than to read great stories aloud. In both other people’s books and her own, she enjoys imagining how the world might look in a few decades and considering how ordinary characters might deal with the extraordinary situations the future throws at them.

3 thoughts on “You Can’t Please Everyone: Clare Littlemore on Combining Romance & Action”