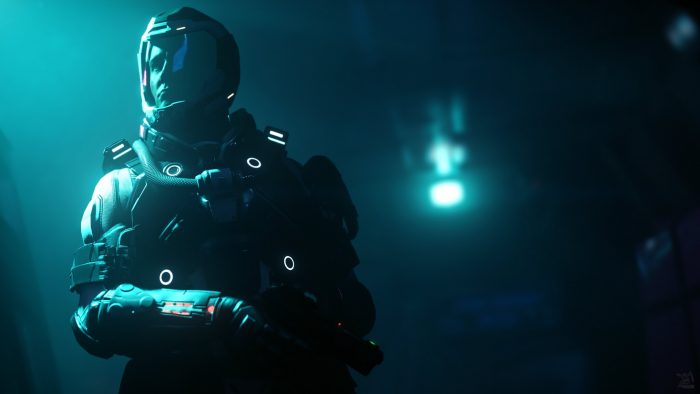 I’m an idea magpie, picking up bits of inspiration from everywhere (books, movies, songs, games, random conversations, etc), most of which find their way into my stories.

Cold Between Stars is no exception. Below are two of the books and one TV series that helped inspire the story.

Boss dives derelict space vessels, for money, yes, but more for their historical value. So, when Boss uncovers the find of a lifetime, she enlists the best divers she can convince to help her pursue it—off the grid and under the Empire’s radar.

Boss’ discovery leads her and some of her team to the Room of Lost Souls. Boss remembers the Room. It haunts her. Her mother died there. Now, a client wants her to go back. She wants Boss to help her uncover the Room’s mysteries. But the truths she discovers might destroy everything Boss holds sacred.

Because the more they discover, the less they realize they know—and the more it will cost them all.

First up, I loved the story, but what really inspired me was the sense of isolation and wonder Rusch invoked. There’s something magic about it, about the unknown attached to the wreck of the spaceship, about its age.

I wanted to capture some of that feeling in Cold Between Stars, the depth of space, the sense of excitement and danger, of being alone and without help. That’s what led to the setting, a ship stranded in interstellar space while something old waited outside.

You can find the DVD (dubbed in English) on Amazon, or watch it for free on YouTube. There’s also a second series and some movies, if you’re feeling adventurous.

Tekkaman Blade came out in the early 90s (as , about the same time as the English version of Sailor Moon, and I was hooked. Like. Totally obsessed. Something about this show grabbed my imagination and just wouldn’t let go, even now.

This one is a little out there, but basically, aliens with some kind of weird organic technology attack Earth. What does, and always has inspired me about Tekkaman is the organic nature of the technology, how it’s almost alive.

It’s informed a lot of my ideas, some more obvious than others, but in Cold Between Stars I think it’s coming to the fore, particularly in relation to the fug.

The fug and what it can do continues to evolve as I write the next book, but in essence it’s an organic tech with its own intelligence. Later in the series, you’ll see other aspects of the Tekkaman inspiration come through.

I know, listing my own book as a source of inspiration is a bit like rating it five stars on Goodreads (which I have shamelessly done), but that’s the way things happen.

At the end of Hero, there’s a line of dialogue that (if you follow the logic all the way through) amounts to this; no species native to Jørn, or genetically altered to live on Jørn, can survive outside of its atmosphere.

I didn’t mean to do that, it just kinda happened and it led me to thinking, if the people of Jørn can’t survive outside of its atmosphere, how do they explore space? Ideas followed and I wound up with Cold Between Stars and a spaceship built from human and the native Jøran technology.

There are many other, smaller inspirations behind this new series, but at some point the book itself is becomes the biggest one. That’s what I like so much about writing, you start out with one, two or three ideas and mix them up, until you have something new that spawns yet more ideas.

And hey, just so you know, Cold Between Stars has already inspired an idea for a new series, once The Echo is finished.