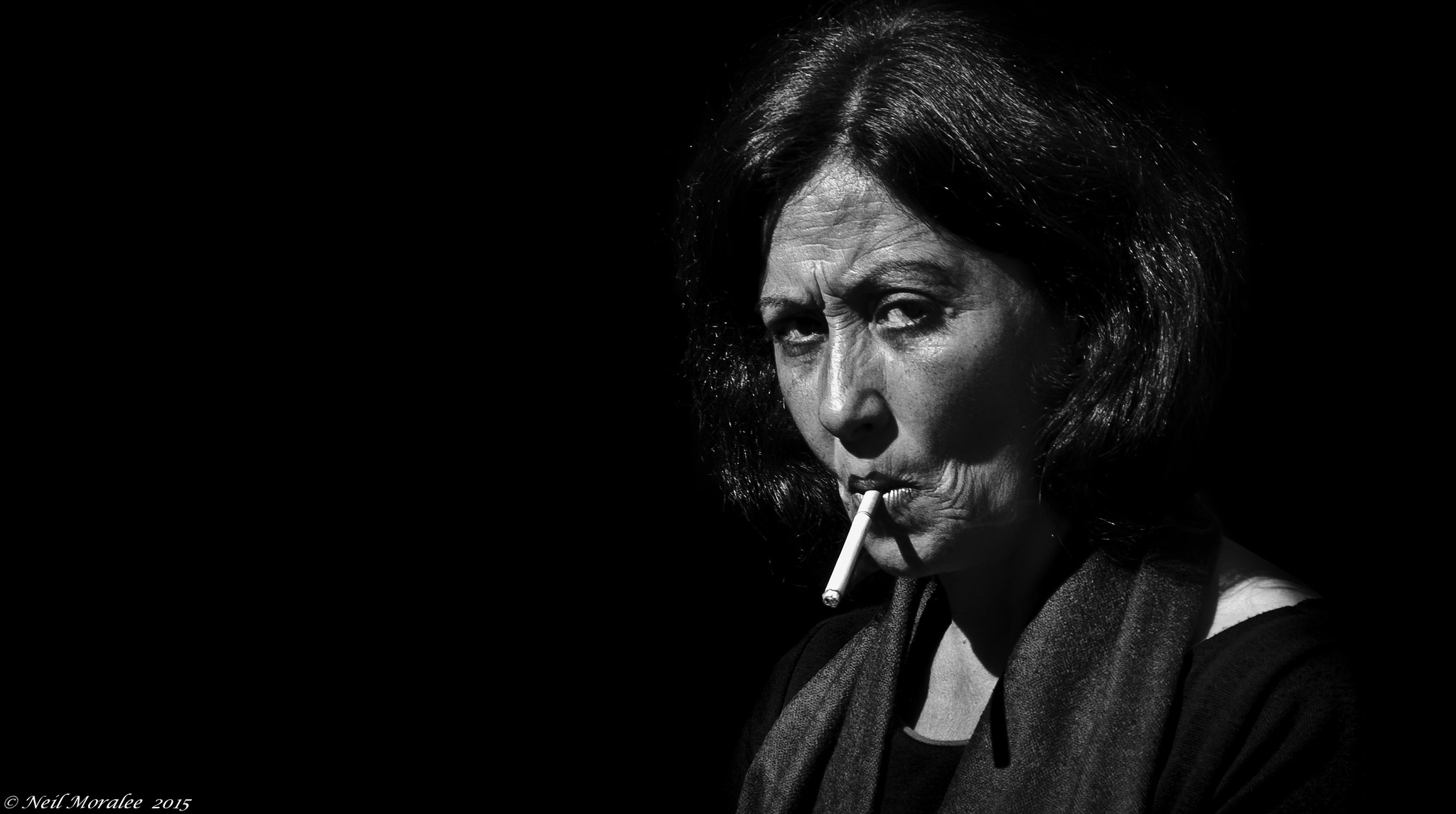 Laura E. Goodin is the author of After the Bloodwood Staff, an Australian fantasy about a quest that doesn’t go quite how it’s supposed to.

BELINDA: Tell us about Sybil, one of the two main protagonists in After the Bloodwood Staff: what makes her strong?

LAURA: In a way, it’s her weaknesses and pessimism that make her strong. She chooses to express her pessimism as a relentless drive to be both competent and prepared, because the worst could happen at any moment–and I always had in the back of my mind while writing that at some point in her life it already has. Her inability to make herself vulnerable, even to the people she loves, makes her freakishly focused and almost impossible to intimidate, and it has given her a lifetime habit of self-sufficiency. Her stubbornness really annoys the people around her, but it also gives her a crystalline clarity of intention and tremendous integrity. As is the case with most people, her greatest strengths are her greatest weaknesses.

BELINDA: What drew you to writing Sybil in particular? 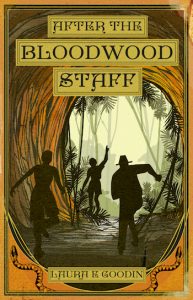 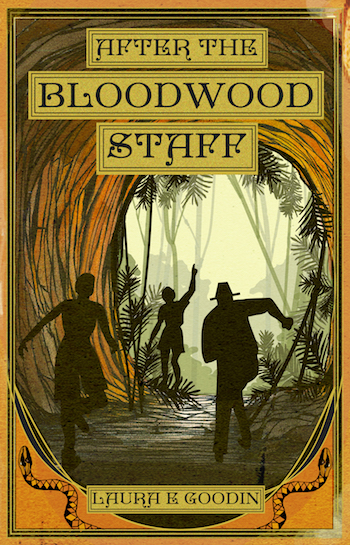 LAURA: Speaking as a greying, pudgy, menopausal woman, I can tell you that there is a regrettable dearth of greying, pudgy, menopausal woman heroes in speculative fiction. And this is, in fact, regrettable, because once a woman gets to this point in her life, she is badass. She cares less with each passing day what other people will think of her. She has experience, along with the perspective to interpret it wisely. And chances are good that, like Sybil, she has spent her life acquiring a staggering array of skills that are useful in hundreds of different tight spots and baffling dilemmas. It’s a joy to write such a character.

BELINDA: What messages/examples do you think Sybil provides readers?

LAURA: I want readers to go beyond the whole tiresome “age is only a number” thing; instead, I want them to think, “There are wonderful things about being every age. Not everyone is trying to be or stay young: there’s adventure and wonder in being not young.” Sybil, I hope, is an example for readers of someone who stares life full in the face, no games, no pretensions, no struggles to be anything other than what she gloriously is–and to be fully whatever that ends up being at each time in her life.

LAURA: When someone–anyone, really–is strong, it means they can keep their head and operate in any circumstances, because they have a fundamental, perhaps even unconscious, conviction that whatever happens, they will find a way to keep going. Women characters (and women in real life, as well) can sometimes have problems developing this conviction: perhaps they have been protected all their lives, perhaps they’ve been actively sabotaged whenever they’ve tried to succeed at even small things. These small successes are crucial, though, because as they accrete, they become confidence and resilience. Back 30 or 40 years ago, people were very keen on the idea that if you develop children’s self-confidence, they will succeed. This is putting the cart before the horse. You have to let children succeed so that they have the evidence that underlies any kind of workable self-confidence. A strong female character–or (and this is often more interesting) a character who becomes strong as the story progresses–has faced an escalating series of challenges, each of which lets her think that perhaps she can handle this one as well. And this one. And this one.

LAURA: In the real world? I would love to see more instances of people deliberately turning their back on personal gain or advantage so that they can do what’s right. For example, should I admit that the idea that I’m getting praised for at work is really someone else’s? I could keep my mouth shut and get the praise, and perhaps even the raise. Their mistake is not my problem. But someone who’s truly strong will choose clarity and integrity over personal advantage, and tell the truth, even if there are people telling them it’s a “mistake”. In a world where integrity consistently takes second place to “scoring” or “winning”, I would love to see more people say, “I’ll take the risk: I’ll trust that doing the right thing will not just give me a better life, but will make the world a better place for everyone. I’m not going to scheme and connive and claw scraps of flesh from the people around me. Instead, I’m going to stand tall, arms wide, head up, heart open, and say and do what’s true and just, even if I’m mocked, even if I’m despised, even if it means I don’t ‘win’'”

That’s the type of strength I’d like to see more of.

LAURA: I can’t go past Xena, Warrior Princess: flawed, tormented, but still constantly striving to be braver, kinder, more committed to both justice and mercy. Also, although this always raises eyebrows, I love Katherine in The Taming of the Shrew (at the slightest provocation, I will argue at length for the play being, at its heart, a feminist text; don’t get me started). Jill in Lewis’s The Silver Chair and The Last Battle was a serious role model for me as a child. I also love Jessica in Dune, Nita in Duane’s Young Wizards series, Thursday Next in Fforde’s The Eyre Affair and sequels, Luna Lovegood, Ellie from Marsden’s Tomorrow series, Mulan (of course), Karana in O’Dell’s Island of the Blue Dolphins, Aerin in McKinley’s The Hero and the Crown, and, perhaps most formatively, Harriet in Fitzhugh’s Harriet the Spy. There are many others, but these are definitely some of my very favorites. 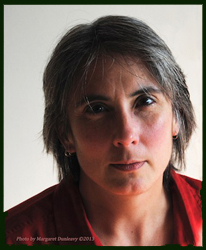 American-born writer Laura E. Goodin has been writing professionally for over 30 years. Her debut novel After the Bloodwood Staff was released December 2016 from Odyssey Books; her next novel, Mud and Glass, will be released in mid-2017, also from Odyssey Books. Her stories have appeared in numerous publications, including Michael Moorcock’s New Worlds, Andromeda Spaceways Inflight Magazine, Review of Australian Fiction, Adbusters, Wet Ink, The Lifted Brow, and Daily Science Fiction, among others, and in several anthologies. Her plays and libretti have been performed on three continents, and her poetry has been performed internationally, both as spoken word and as texts for new musical compositions. She attended the 2007 Clarion South workshop, and has a Ph.D. in creative writing from the University of Western Australia.

You can find out more about Laura on her website and connect with her via her blog and Facebook.