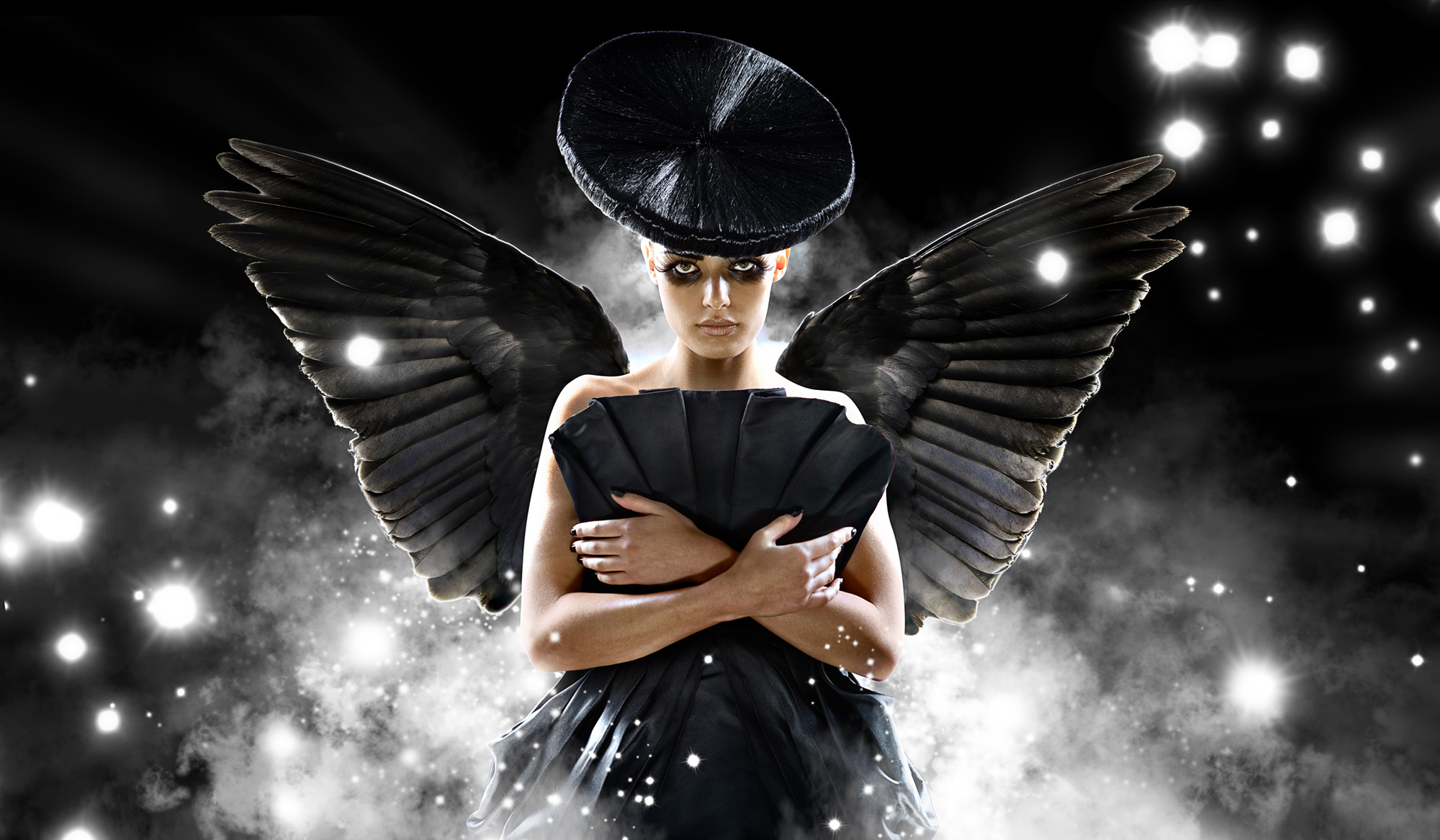 Rebecca Lim is the author of the Mercy series, a paranormal fantasy about an angel, named Mercy, who hijacks the bodies of mortal girls.

BELINDA: Tell us about Mercy, what makes her an antiheroine? 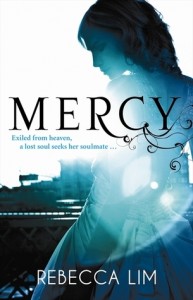 REBECCA: In Mercy and the other books in the series Exile, Muse, Fury and the next instalment I’m writing at the moment, Wraith, I created an amnesiac, exiled creature of spirit who calls herself Mercy.

She’s been forced to live thousands of human lives for her own protection and keeps “waking” inside a new human body with no idea of who and what she really is, and why this is being done to her – a process that I called “soul jacking”.

In Mercy, I have her waking inside the body of a physically-scarred, unpopular teenager called Carmen Zappacosta and having to quickly adjust to Carmen’s life and the lives of the people Carmen comes into contact with (who have lost a teenaged daughter to a predator).

As the series progresses, Mercy begins to regain her memory and her supernatural powers while struggling with feeling less and less like what she once was (an archangel), and more and more like a human. I thought it would make for an interesting character, a different kind of fictional female character. And I thought it might also be interesting to write the books in such a way that the reader is forced to walk in Mercy’s shoes.

Because she’s amnesiac and having to think and respond on-the-fly just to survive, she’s sarcastic, damaged, wounded and brittle. She’s always lashing out. And you work out what’s happening to her as she’s working it out.

She’s an old soul in a young woman’s body and that gave me a lot of room to navigate issues like bullying, “adult” versus “young adult” dynamics, violence against women, and critiquing the standard YA high school dynamic and male-female relations within that dynamic. I also deliberately made Mercy not immediately “likeable” and definitively not “pretty”. She’s a deliberately spikey, difficult creation because if you woke up in a stranger’s body tomorrow, you wouldn’t be immediately likeable, too.

From personal experience and a lot of reading around, I’ve worked out that “likeable” and “pretty” are traits in characters or storylines that sell books because they are “easy” to digest. And I deliberately chose not to go down that path with my main character.

BELINDA: What drew you to writing Mercy in particular?

REBECCA: I consciously set out to create a female heroine who can, literally, do anything if she puts her mind to it as an alternative to those YA novels that have female protagonists who kind of lose sight of themselves and their goals at the slightest hint of romance or personal difficulty. I wanted to show that it’s okay to be a smart-mouthed, think-on-your-feet, strong and abrasive, yet empathetic character, who also happens to be female. It’s not something that should just be the province of male hero-types.

With Mercy I was hoping to reach YA readers and female readers generally because of some of the themes I cover (eg violence against women; social stereotypes and expectations). I wanted to create a female heroine who looks outwardly very weak, but who could actually dish out vengeance to her persecutors. Kind of an empowering revenge fantasy, I guess.

When I write a female main character I like them to be smart – even if they’re operating under some kind of physical limitation (like amnesia). In YA and children’s lit you can’t have enough smart, tough role-modelling for girls. Writing Mercy’s dialogue was so liberating because she’s an “immediate responder” – she always has a comeback. Imagine having an immediate comeback for everything! She can take care of herself in any situation, she doesn’t take nonsense from anyone and she doesn’t care what people think of her.

REBECCA: She shows you an alternative way to be. That you don’t have to be “mainstream” or fit any particular mould to live an interesting, engaged life, or simply have adventures like the boys. The world has billions of different people in it from diverse backgrounds (whether it be neuro-physically, gender, culturally or socio-economically diverse) but we don’t see the full spectrum of that in the books that make it onto the shelves at libraries and in book stores.

By definition, an antiheroine is not going to reflect the “safe” or the “mainstream” and will remind you that all the diversity we see in our real and daily lives is not what our literary gatekeepers are “letting through”. And we should “rage, rage” against that. We should see ourselves reflected in the stories we read. Whatever our persuasion.

BELINDA: What messages/examples do you think Mercy gives younger readers?

REBECCA: Be a force for change and good for those who are persecuted, who are weaker than you are, who need help. It doesn’t matter if it doesn’t make you “popular” – live the kind of life that is true to who you are and doesn’t set out to hurt others but makes the world a better place.

REBECCA: Strength and ferocity of will and of character. Intelligence and quick-thinking. Practical smarts. Knowing what fear is but being fearless in action anyway. Showing essential decency towards others, but also an “I don’t give a shit” attitude (can I say that here? BELINDA: Why yes, you can *smile*) regarding authority or societal expectation if the outcomes institutions are trying to push are patently wrong or false.

REBECCA: I disliked the sexual torture/sadism aspect of the Millenium trilogy books by Stieg Larsson but Lisbeth Salander is otherwise the antiheroine par excellence – she can fight, she can hack, she’s whip-smart, she’s anti-authoritarian (for good reason) and she doesn’t care two hoots what people think of her; Rachel Morgan in the Kim Harrison Hollows books (although Rachel’s romance issues started to overwhelm the kickassery by the end of the series); Lizzie Bennet in Pride and Prejudice; and Jane Eyre who, like Mercy, got a book named after her. Good on Jane for turning down the pretty cousin/soft option for the blind dude with baggage. 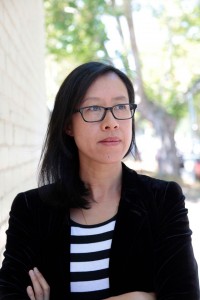 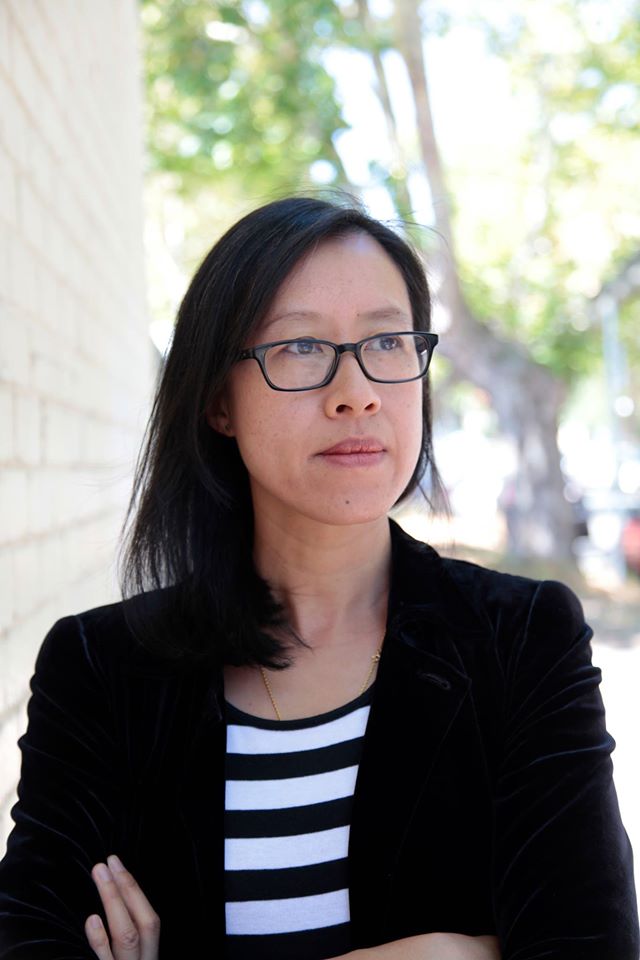 Rebecca Lim is a writer and illustrator based in Melbourne, Australia. Rebecca is the author of sixteen books for children and young adult readers, most recently The Astrologer’s Daughter and Afterlight. Shortlisted for the Prime Minister’s Literary Award, Aurealis Award and Davitt Award for best YA, Rebecca’s work has also been longlisted for the Gold Inky Award, the David Gemmell Legend Award and the CBCA Book of the Year Award for Older Readers. Her novels have been translated into German, French, Turkish, Portuguese and Polish.

<< A One-Finger Salute: Belinda Crawford on AntiheroinesJust trying to get out of it alive: D. Scott Johnson on antiheroines >>

One thought on “I don’t give a shit: Rebecca Lim on antiheroines”